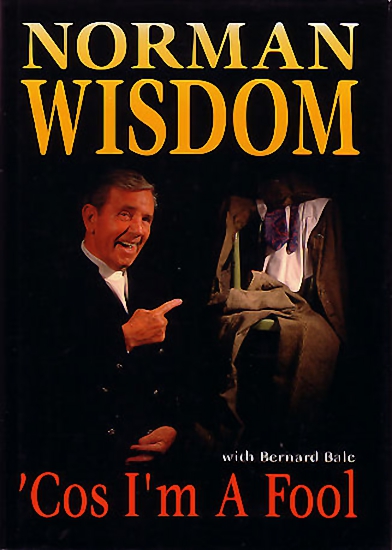 NORMAN WISDOM. Two words that are guaranteed to bring a smile to even the most unyielding face.

Not that life has always been a bundle of laughs for Britain's favourite funnyman.

He recalls a childhood in which he was often barefoot on the streets of London, filching food to avoid starvation.

But in this book, the second part of his autobiography, Norman dwells rather more on the happier side of his life, his personal triumphs, his encounters with other legends of showbusiness, among them Laurel and Hardy, Bob Hope, Bing Crosby, George Robey, Charlie Chaplin, Gracie Fields and countless others right up to the young of today whom Norman admires.

He talks of fun on the film sets, frustration on the golf course, adulation in Albania, the chill of Chernobyl and presents many anecdotes of both chaos and comfort.

In 1996, Norman Wisdom celebrated his 50th anniversary as a professional entertainer. He is still going strong in films, television, radio and his favourite place - the theatre.

But for how much longer? Norman's surprising revelation lies within this book - 'Cos I'm a Fool.