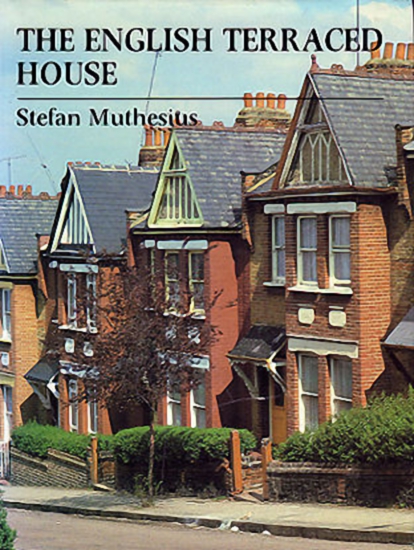 The most common type of house in Britain—the terraced house—has in recent years risen greatly in the estimation of the public and of experts all over the world. Stefan Muthesius has written the first book to chart the development of the terraced house from the later Georgian period through Regency splendour to Victorian and Edwardian times, when a kind of medium-sized house was developed which in many ways remains the most popular suburban house type today.

The ordinary house, built rapidly, economically and to standardized designs, is the focus of this book. The method, management and control of English speculative building are first discussed, followed by the planning, servicing, structure, facade and detailed decoration of the house. Muthesius deals with some of the more complex issues in the history of housing and building: the variety of working-class housing in the north; the way that changes in domestic life brought changes of plan: the influence of new styles and technological developments on the use of common building materials; distinctions between sizes and types of house in the context of the social stratification of Victorian society: and the eventual demise of the terrace as the most fashionable place to live by the end of the nineteenth century.

Cities and towns all over England and Wales are discussed and illustrated in order to cover the rich regional varieties of the terrace.

This is a book that will interest not only historians, architects, and planners, but anyone who lives in or admires a terraced house.